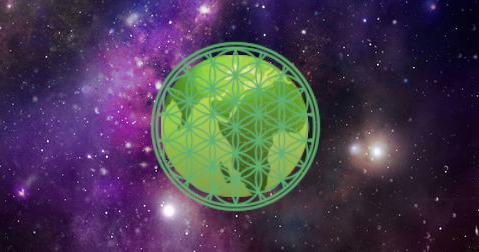 “Thus is the question of money. Of course there is money, form of currency, or energy exchange on Zuelios, but this currency is held with a very different attitude by the collective consciousness than our old paradigm of money here on Earth. Currency on Zuelios vibrates with the frequency of an exchange of love and abundance for all. There is an abundance for all 11 billion human beings on Zuelios, a planet similar in size and modular reality as that of Earth. Currency on Zuelios is held and exchanged as an expression of love, divine wealth, abundance for all, and when I spend I appreciate the value I receive because I am returned this abundance and value in magnitude. One might feel like trudging through a swampy soup in aspiration to live this way through currency on the present day Earth. I know because I am one of them, overcoming my subconscious obstacles toward $, releasing any shrinking strangling feelings when I spent large amounts, leaving my “day job” or working at one that will support my growth, and aspiring to attain divine wealth through the expression of my gifts into the world.”

“I remember lying in bed thinking, “Well what about the slackers?” I imagined that, unlike our world of Earth, the incentive to slack off and claim more than you energetically contributed is nearly nonexistent. The incentive to receive in much higher quality than you contribute from a place of lower frequency as well as the behavior of contributing out of alignment of divine worth and high frequency, i.e. under charging for your worth or expounding “how expensive” everything is without appreciating it’s true value, is not a concept that most Zuelian humans prescribe to as they do on Earth. This facet is so rampant in the $ system of Earth that it may even be far fetched for many Earth humans to imagine a world where all are worthy and respected through money (currency), including the self, a world where people often want to pay more than the stated value based on value received, and a world where money and currency is commonly held in compassion and abundance rather than greed, debt, lack, fear, and scarcity.”

“On Earth it doesn’t feel easy, on Zuelios career and abundance transitions are smooth and consciously done by choice and desire, never because one “wants to make more money.” There is no fear of lack, scarcity, or poverty surrounding currency and basic survival needs on Zuelios. I have been speaking to many of the human beings on Earth and many of them believe in a fairy tale story that it isn’t possible for all humans on Earth to be wealthy. Old paradigm Earth humans believe that you cannot be wealthy without taking from, competing with, taking advantage of, or exploiting other human beings somewhere. Well, of course currency as an expression of love has challenges shining through when so many humans believe this way at only 7 billion human beings.

The inner world of thoughts, beliefs, feelings, words, and actions must change before our outer reality will reflect this transition and experience for all, not the other way around. Unfortunately, many humans search for something, a circumstance, or situation outside of themselves to show them that it’s happening before they will believe it themselves. “Seeing is believing” comes first from “seeing” inside our own energetic matrix and choosing to make a change toward divine abundance and desire. Seeing into our own believing creates change. Experiencing our reality with our new beliefs that are in continual greater alignment with our desires creates vibrational shift.”

“Zuelios is a world where all is done in the best interests of the collective whole so that the planet and the beings living on it function as one healthy organ or organism. On Zuelios children are encouraged to learn, explore, discover, invent and naturally grow into curious adults who are excited to contribute to life, the planet, and humanity every day. They wake up every day to the excitement and adventure that the experience and miracle of life is. Why would anyone want to slack off if everyone is doing something they love and contributing to the healthy planetary organism as a whole? If I were to think of how old paradigm humans live upon the Earth, I would say that our planetary organism has an infection or a cancer, it’s us. It’s no wonder so many of us are so easily able to replicate these things on the inside. When we stop living on our planet like an infection or cancer, we will cure these for all humans.”