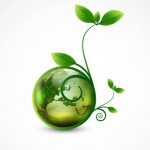 “As a 9 year old, I named my imaginary planet Zuelios. Its root was related to Zeus and the “Helios of Now,” and had
something to do with creation and making anything happen
that you wanted. Don’t ask me where the heck I came up with that at 9 years old. I don’t know. All I remember is laying conscious in bed one night wondering what to name the planet that was taking life in my imagination, the place I visited every night before falling asleep, and that was what came to me. Now that I write this book, I find it so oddly simple and genius for a 9 year old, and it makes me wonder why my gifts were never encouraged to develop to their fullest potential. Such as life as a 9 year old in the old paradigm of the 1990s. I never really told anyone about my imaginary planet. I suppose I had learned my lesson with my voiced imaginary friend, Suki, whom I had forgotten about a few years earlier on the collective conscious belief that she wasn’t real either.”